The meditation presented here is found in my book in a somewhat longer version, but with the certainty that in some areas of life "there is nothing new under the sun" (and that shopping sprees before Christmas will assuredly be with us until the sun burns out), I thought it remains timely enough, especially for those who may not familiar with it. 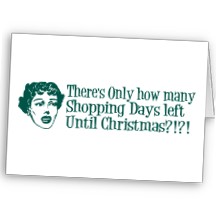 On November 15, we will observe the first day of the 40-day Nativity/Advent Fast, meant to prepare us for the advent of the Son of God in the flesh, celebrated on December 25. (The Western observance is from the four Advent Sundays before Christmas).
For some/many of us this might very well catch us unaware and unprepared. However, as the saying goes, “it is what it is,” and so the church calendar directs us to enter into this sacred season today.


This indicates an intensification of the perennial “battle of the calendars” that every Orthodox Christian is engaged in consciously or unconsciously. The two calendars – the ecclesial and the secular – represent the Church and “the world” respectively. Often, there is an underlying tension between these two spheres. Because of that tension, I believe that we find ourselves in the rather peculiar situation of being ascetical and consumerist simultaneously.


To fast, pray and be charitable is to lead a simplified life that is based around restraint, a certain discipline and a primary choice to live according to the principles of the Gospel in a highly secularized and increasingly hedonistic world. That is what it means to be ascetical. It further means to focus upon Christ amidst an ever-increasing amount of distractions and diversions. Even with the best of intentions and a firm resolve that is not easy! From our historical perspective of being alive in the twenty-first century, and leading the “good life” where everything is readily available, practicing any form of voluntary self-restraint is tantamount to bearing a cross. Perhaps fulfilling some modest goals based on the Gospel in today’s world, such as it is, amounts to a Christian witness, unspectacular as those goals may be.

The Church directs us to fast before we feast... Can we develop some 'domestic strategies' that will give us the opportunity to put that into practice to at least some extent?

Yet, as our society counts down the remaining shopping days until Christmas; and as our spending is seen as almost a patriotic act of contributing to the build-up of our economy; and as we want to “fit in” – especially for the sake of our children – we also are prone (or just waiting) to unleashing the “consumer within” always alert to the joys of shopping, spending and accumulating. When you add in the unending “entertainment” that is designed to create a holiday season atmosphere, it can all get rather overwhelming. 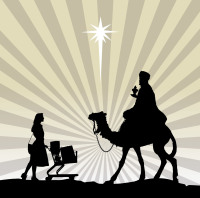 Certainly, these are some of the joys of family life, and we feel a deep satisfaction when we surround our children with the warmth and security that the sharing of gifts brings to our domestic lives. Perhaps, though, we can be vigilant about knowing when “enough is enough;” or even better that “enough is a feast.” An awareness — combined with sharing — of those who have next to nothing is also a way of overcoming our own self-absorption and expanding our notion of the “neighbor.”


Therefore, to be both an ascetic and a consumer is indicative of the challenges facing us as Christians in a world that clearly favors and “caters” to our consumerist tendencies. To speak honestly, this is a difficult and uneasy balance to maintain. How can it possibly be otherwise, when to live ascetically is to restrain those very consumerist tendencies?


I believe that what we are essentially trying to maintain is our identity as Orthodox Christians within the confines of a culture either indifferent or hostile to Christianity. If the Church remains an essential part of the build-up toward Christmas, then we can go a long way in maintaining that balance. Although I do not particularly like putting it this way, I would contend that if the church is a place of choice that at least “competes” with the mall, then that again may be one of the modest victories in the underlying battle for our ultimate loyalty that a consumerist Christmas season awakens us to.


The Church directs us to fast before we feast. Does that make any sense? Do we understand the theological/spiritual principles that is behind such an approach? Can we develop some 'domestic strategies' that will give us the opportunity to put that into practice to at least some extent? Do we care enough?

The final question always returns us to the question that Jesus asked of his initial disciples: “Who do you say that I am?” If we confess together with St. Peter that Jesus is the Christ, the Son of the living God, then we know where we stand as the “battle of the calendars” intensifies for the next forty days.

The Church calendar indicates the nature of the Nativity Fast. If I can be of any pastoral assistance in helping you formulate that "domestic strategy" referred to above, then please do not hesitate to contact me.

Posted by Orthodox Christian Meditations, by Fr. Steven Kostoff at 4:56 AM