"Scientism on the one hand and well-meaning but naive religious fundamentalism on the other have hardened in recent years so as to widen the gap that exists between the two domains." 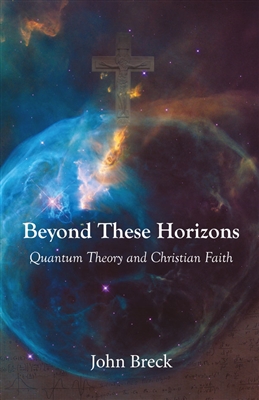 During the post-Liturgy discussion on Sunday, when presenting a brief description of Fr. John Breck's new book from which the quotation above is taken, I was emphatic in saying that we Orthodox are not fundamentalists. I hold that position very strongly. However, I would like to just briefly discuss the terminology that we use today so as to avoid any confusion or misunderstanding as to what I was trying to get at. And this confusion can arise when we use, rather interchangeably, such words as "fundamental," "fundamentalist," and "fundamentalism."
The word "fundamentalism" refers to a strong reaction and rejection, usually in consistently black and white terms, of any contemporary movements that challenge a received tradition, or simply a long-standing understanding of a faith's core beliefs/doctrines. This strong reaction is against what is loosely called "modernism," which usually stands for a critique or challenge to traditional teaching.
Protestant fundamentalism arose in the early 20th c. precisely against "modernist" trends - often based on new scientific evidence or new critical apparatus that challenged the veracity or claims of what was believed to be the correct interpretation of the Bible (as mainline Protestantism understood it).  Science and the the emerging popularization of the "theory of evolution" were clearly, but not exclusively, a part of this dispute, captured above in the words of Fr. John. What seemed to be at stake was the "literal" truth of biblical revelation.  Avoiding that difficult topic for the moment, I am simply pointing out that the movement we now call Protestant fundamentalism arose as a protest against modernism. In other words, these Protestants wanted to affirm the "fundamental" doctrines of the Bible which they were certain were being challenged, if not dismantled. However, this also led to what is now a more-or-less exclusively "literal" understanding of Scripture from "in the beginning" to the end.

As Orthodox Christians, no matter how we may differ from Protestant fundamentalists, we too affirm the basic or "fundamental" doctrines of the Christian revelation - the Holy Trinity, the divinity of Christ, God as Creator, the deifying energy of the Holy Spirit, the Mysteries/Sacraments of the Church, to name perhaps the most core doctrines. (The Church knew, taught and proclaimed these "fundamental"doctrines well before Protestantism began to exist!). So, we can certainly employ the term "fundamental(s)" on that level.
However, as Orthodox, we do not have a "fundamentalist" mindset, characterized by an almost slavish commitment to the "literal" meaning of the Scriptures. That is far too narrow and lacking in insight and inspired creativity. Though the Fathers accepted the "literal" meaning of a given biblical text, their simultaneous use of biblical typology and allegory point way beyond the approach of "fundamentalism." With the ongoing discovery of new "facts," be it from the discipline of biblical scholarship or science, the literalist approach keeps being driven into a corner from which it cannot honestly emerge intact. This type of fundamentalism severely undermines the credibility of Christianity.
Of course, regardless of any attacks on the "fundamental" doctrines of our Faith as listed above, we steadfastly defend those doctrines with all our intellectual and spiritual energy, often quite brilliantly. But we cannot do that if we escape into a literalist fantasy imposed upon the Bible that fears any new discoveries. I do believe that there is an element of fear that drives fundamentalism: If the biblical text is not "literally" true in just about any instance, then it simply loses it claim to reveal Truth.

Thus, when I emphatically insisted that we, as Orthodox, are not fundamentalists, I was referring to the spirit of the reactionary movement that we now call Protestant fundamentalism dating back to the early 20th c. If that type of fundamentalism enters into the Orthodox Church from outside it will undermine our credibility and stifle our longstanding and profound theological legacy. I do affirm that we uphold the "fundamental" doctrines of the Church "fearlessly," if I may put it that way. Perhaps clarifying such words as "fundamental," "fundamentalist," and "fundamentalism" can be helpful for our own self-understanding as Orthodox Christians.

Fr. John and I have been corresponding about this issue. In a recent email he offered a fine summary of how we approach biblical exegesis, respecting the "literal" meaning - i.e. "history" - but also going beyond it.  He offers some important insights beyond which I wrote about above. I am therefore sharing what he wrote as an appendix to my own reflections:

Allegory and typology began with the "literal" sense of the Scriptures ("what the biblical author intended").  But those methodologies presupposed that there is a "higher" meaning than the literal.  The "symbolic" or "spiritual" aspect of biblical writings leads above and beyond the literal, as much as prayer leads us beyond self-centered "reflection."  A basic patristic hermeneutic principle states that "the spiritual sense flows forth from the literal sense."  We need to begin with the literal sense — i.e., with *history.
* But history is merely a framework in which God works out the divine "economy" which by its very nature leads us beyond the empirical and draws us into the transcendent.  If this were not the case, Scripture would be nothing more than an outdated history book, and thus a dead letter.I tried to deal with this in several places, the most accessible being, I suppose, the first section of the book Longing for God.  If any parishioners are really interested in the layers of meaning in the Bible, that might be a helpful place to begin.